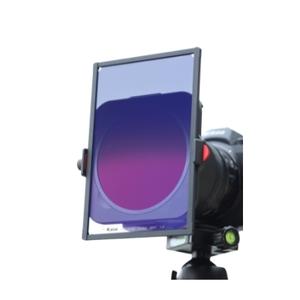 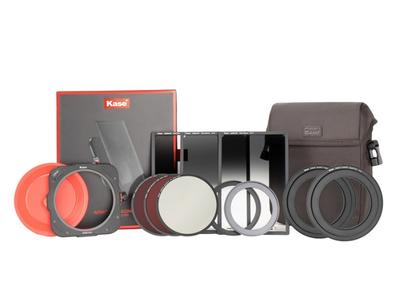 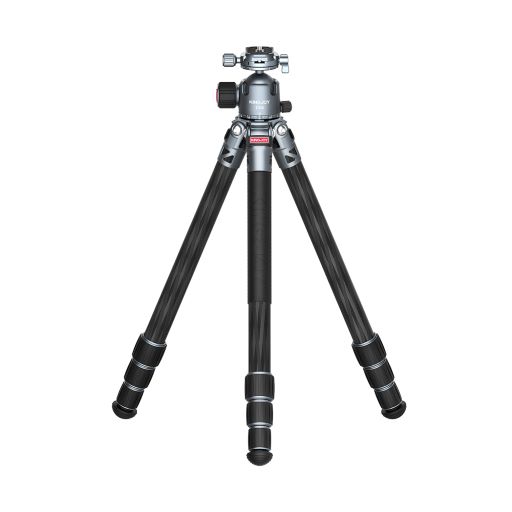 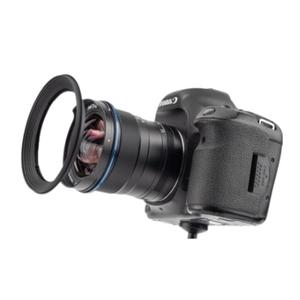 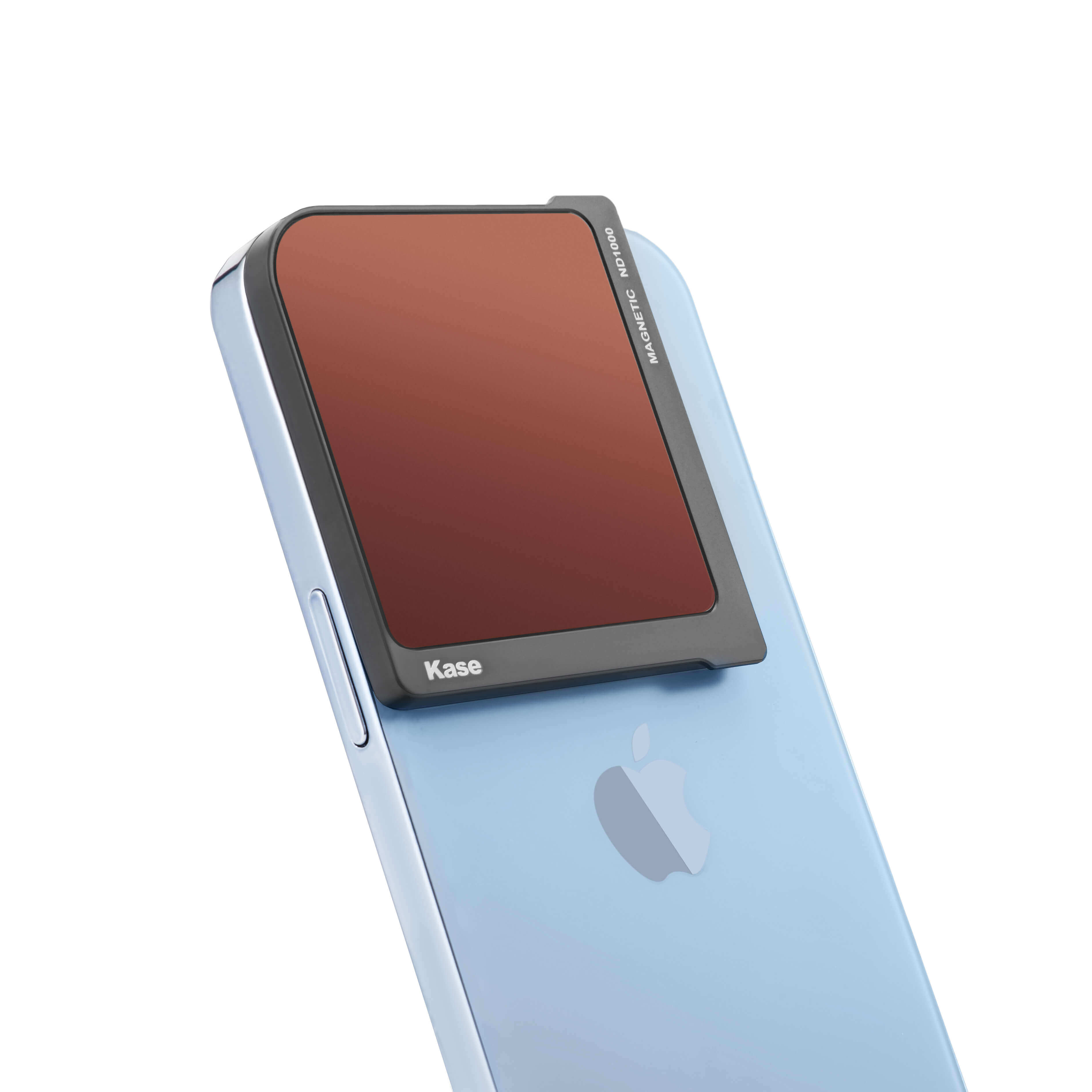 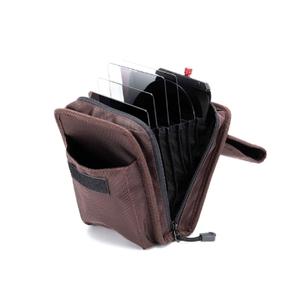 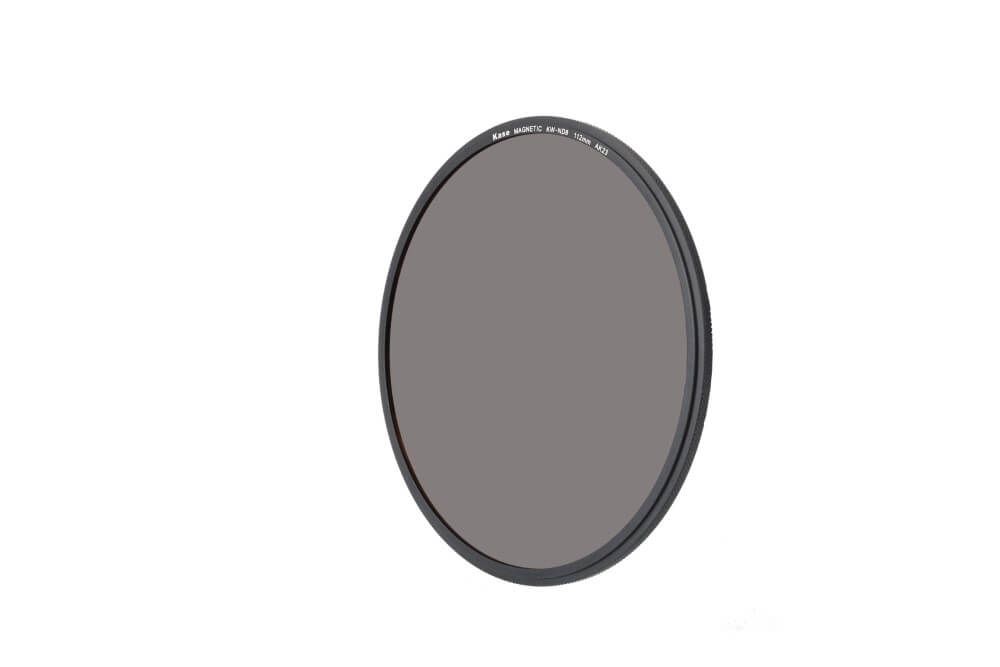 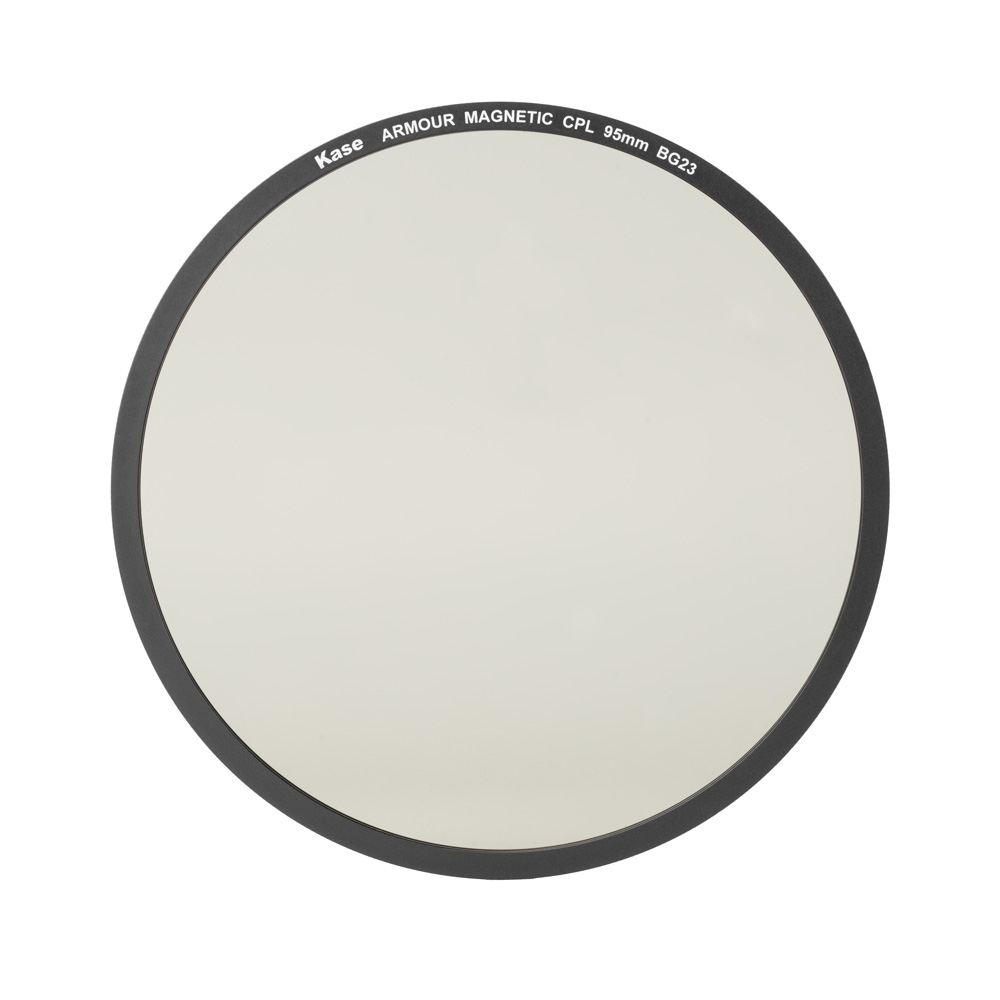 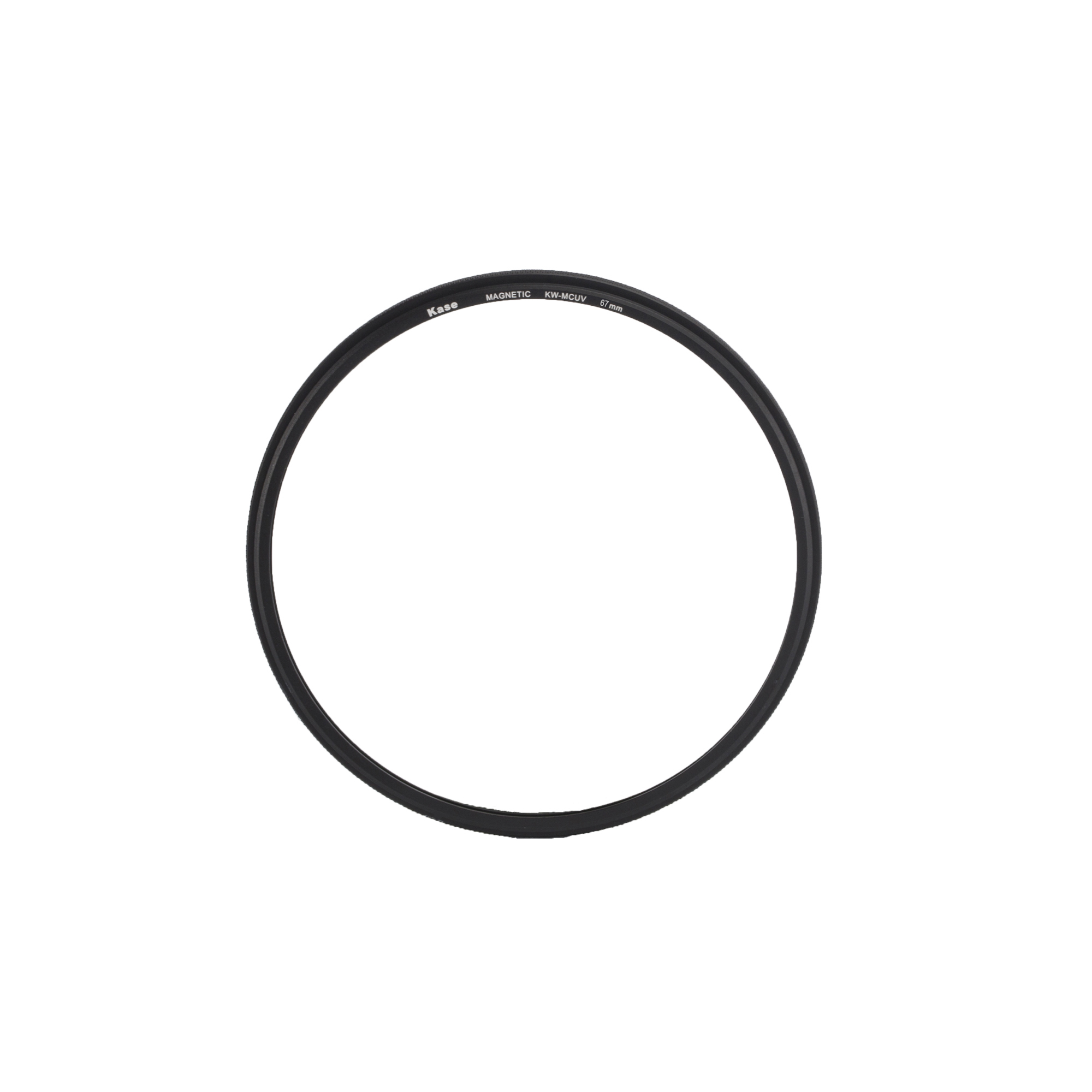 Asto Filter - The Secrets of the Galaxy

The Milky Way, double stars, planetary nebulae, .... The list of celestial objects is endless. Anyone with the right equipment is now able to take pictures of impressive astronomical objects. No wonder astrophotography is popular with both amateur and professional photographers. But anyone who has ever photographed stars or other celestial objects knows light pollution. Cloudy recordings, no contrasts and yellowish color casts. Even with a short exposure time, the sky appears bright. Light smog has a negative effect on the quality of the recordings and can take the fun out of night photography. With the Astro Filter, the joy of astrophotography comes back. This requires the right equipment and certain conditions.

Astrophotography deals with astronomical objects such as the Milky Way, galaxies and elements of the solar system that cannot be seen with the human eye. Due to advances in technology, observations of the galaxies are also possible for laypeople.

What equipment do I need for astrophotography?

Before you can start, you should first check whether the memory card has enough space, the camera is charged and whether the lens is in perfect condition. A tripod is a prerequisite for photographing celestial objects.

Before you can start photographing the celestial objects, the following things must be observed

The moon also has an influence on the recordings of astronomical objects. Therefore, attention should be paid to the phases of the moon, as this influences the quality of the recordings. This is due to the brightness that the moon radiates and makes some objects practically disappear. So the full moon should be avoided and instead photographed on days when there is a new moon. Good pictures can also be taken when the moon has not yet risen. However, this varies from time of day to time and the new moon phases are definitely more predictable.

The weather conditions also have an effect on the image quality. If you want to take particularly expressive pictures, you should take pictures when the sky is clear and cloudless. This makes the stars stand out much better. Clouds in particular can become a disruptive factor because they block visibility and reflect ambient light.

What is light pollution and how does it occur?

The light from artificial light sources enters the atmosphere and causes light pollution. The night sky is therefore brighter and objects from the atmosphere can hardly or not at all be recognized. Light pollution is so extreme, especially over cities, that it is called a dome light. City and metropolitan area lights travel long distances, so the rays of light reflect off the night sky. Due to the dense population, cities show the intensity of light pollution. Industrialization and the growing population are therefore causes of light pollution. Regarding the environment, light pollution is one form of environmental pollution. The lack of darkness has an impact on humans and the animal and plant kingdoms. This is a worldwide problem.
This light pollution has bad effects for astronomical research. The large Orion Nebula or the Milky Way are among the faint astronomy objects and can no longer be observed. Therefore, it is worth finding out where low-light areas are in order to achieve the best possible astronomy photos.

What does an Astro Neutral Night Filter do?

Light waves are the cause of light pollution. These are blocked by the Neutral Night Filter. The filter is a useful tool, especially in astrophotography or for country and city shots at night. But how exactly do the astro filters work?

Broad band filters and narrow band filters are tools to prevent the light pollution. The broadband filter lets through large wavelength ranges that absorb wavelengths from artificial light sources. Sodium vapor lamps and mercury vapor lamps are usually responsible for a brown/yellow stripe on the pictures. They are used for Light Pullotion Reduction and are abbreviated to LPR. Other terms are clear sky filters or city light filters. The aim of the broadband filter is to block stray lights and allow objects such as stars, galaxies, etc. Narrow band filter is ideal for capturing the emission nebula. Here, only an exact range of wavelengths is permitted.

The electromagnetic spectrum varies from light source to light source. The color spectrum is visible to humans. H-alpha radiation is the most powerful wavelength that a human can detect, a camera cannot. Digital cameras have an integrated UV blocking filter, so that good color intensity is guaranteed during the day and the colors of the horizon cannot be seen in the evening. Not all objects on the horizon have the same H-alpha radiation, so some celestial objects are easier to see than others.

Astro filters are screwed in front of the camera lens. Astrophotography images without filters have green/yellowish color accents and are cloudy/unclear. The Astro Neutral Night Filter improves contrasts and ensures clear recordings without disturbing color accents.

What is the Milky Way? The Milky Way is also known by the word galaxy. It is the galaxy in which our solar system occurs with the earth. It looks like a milky white band. In fact, it consists of numerous stars that are not visible to the naked eye. Scientists have found that these are billions of stars.
How exactly did the Milky Way form? Galaxies like the Milky Way haven't been around since the beginning. They formed from huge gas clouds after a billion years.

What equipment do I need? In order to be able to photograph the Milky Way, you need a digital camera and a fast wide-angle lens. It should be photographed with an open aperture if possible or with the lowest f-number, but at least f/2.8. You should also definitely take a tripod with you to get stability and avoid camera shake. An exposure time of 10-20 seconds should be set.

When is the best time? The time of year plays an important role when it comes to photographing the galaxy in as much detail as possible. June or August have turned out to be optimal months to capture the Milky Way. During December and January, the sun is between the center of the galaxy and Earth, obscuring the brightest area of ​​the Milky Way.

Where is the best place? The location is also a crucial factor. With the so-called Light Pollution Map you can find out where the light pollution is lower and therefore the best place to take photos.

What is the Deep Sky? 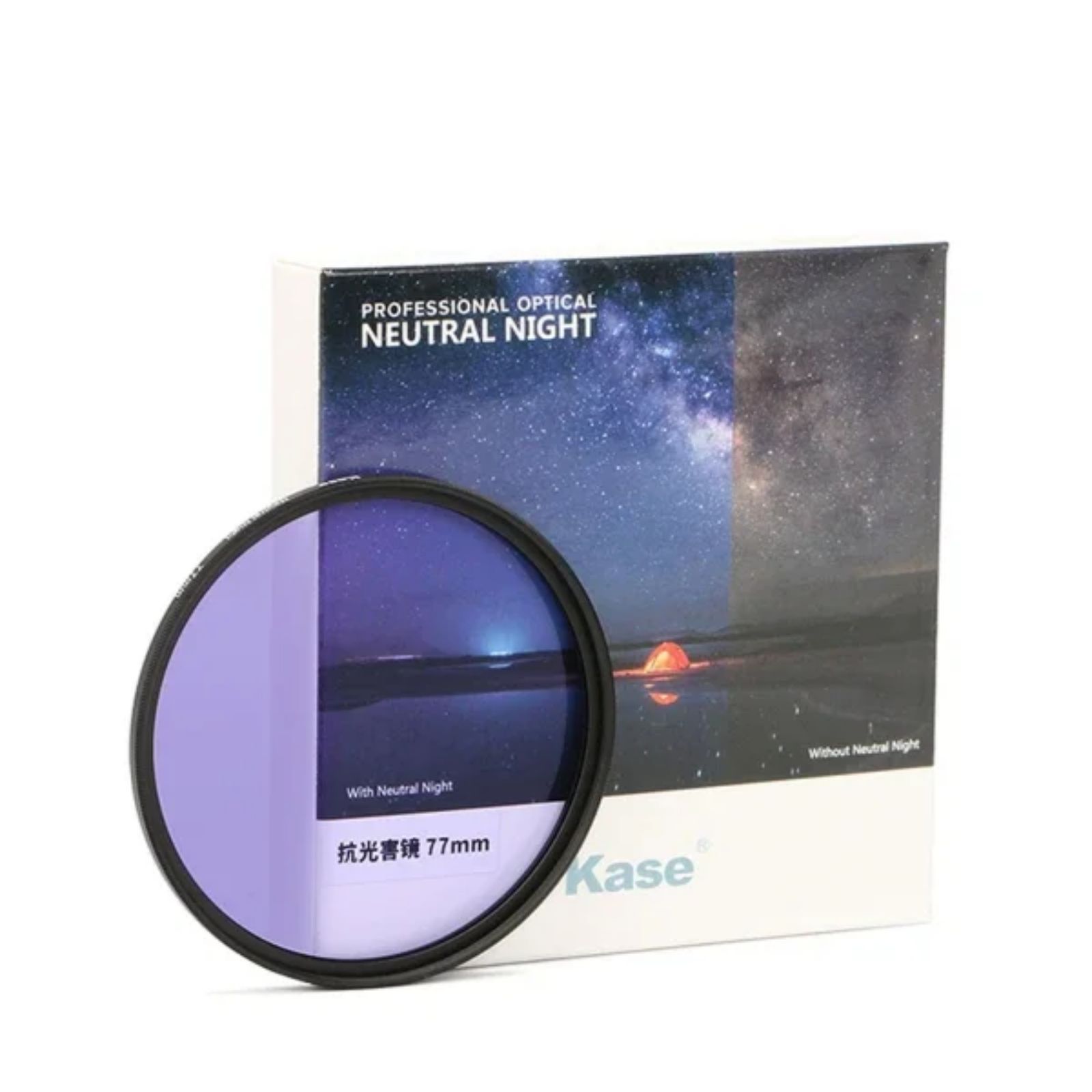 ROUND Magnetic Neutral Night Astro Filter
Diameter: 82mm
The Kase Light Pollution Filter (Neutral Night 7 Astro filter) is a light pollution filter, which is used to reduce your influence of artificial light at night shots. As with all Kase filtering the Wolverine series to expect a high-quality Pro-glass filter which is shutterproof and easy to clean. This filter is a disc filter. Product information Kase Neutral Night Astro Filter: reduces artificial light shockproof scratch resistant This filter is magnetic and can be mounted to the lens with the included adapterring. You can also use the filter on lenses with a smaller lens diameter. For this you need a suitable step up adapter ring.
Variants from €149.90*
€159.90* 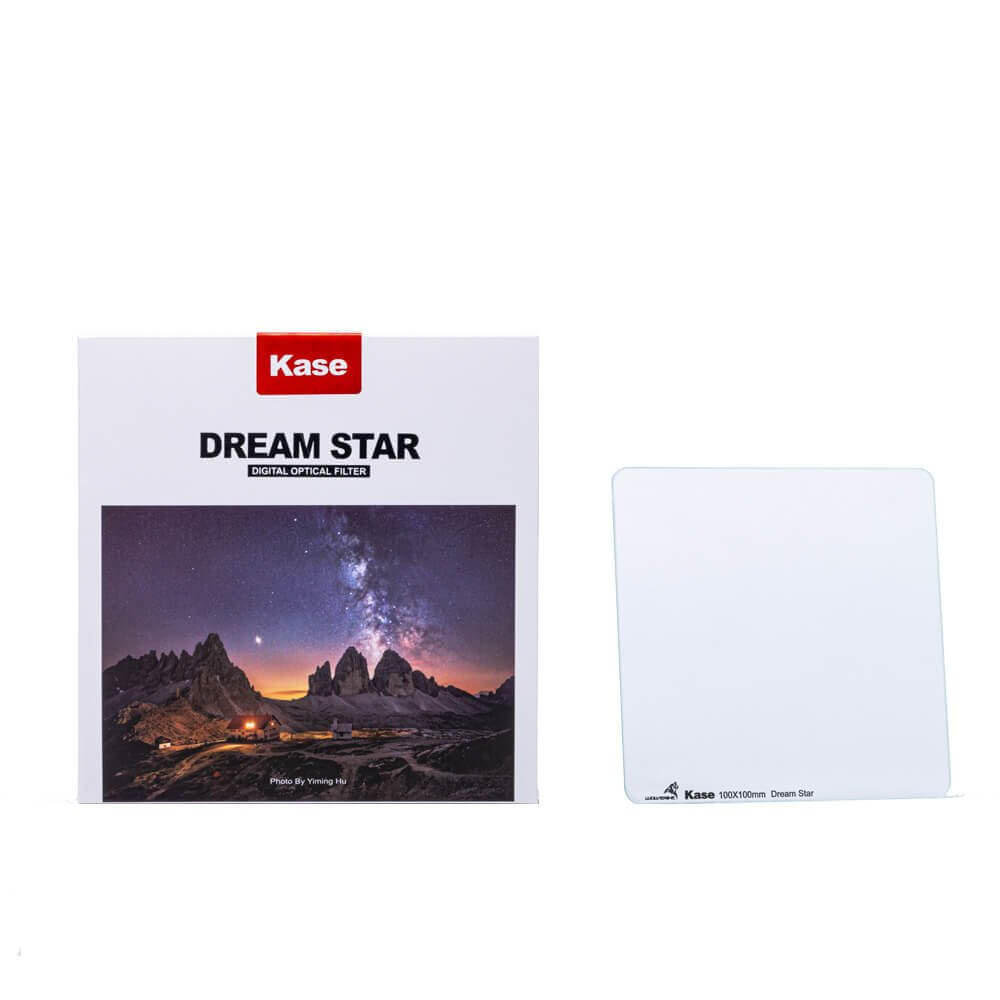 K100 Dream Star Effect Astro Filter 100x100mm
The Kase Dream Effect Night Filter in 100x100mm is made of tempered Kase Wolverine glass and ensures that bright stars shine and bloat while emphasising their natural colour. At the same time, the fainter stars are hidden, which highlights constellations and makes them stand out more. With the Dream Effect Filter you can take your astrophotography to a whole new level.
€169.90* 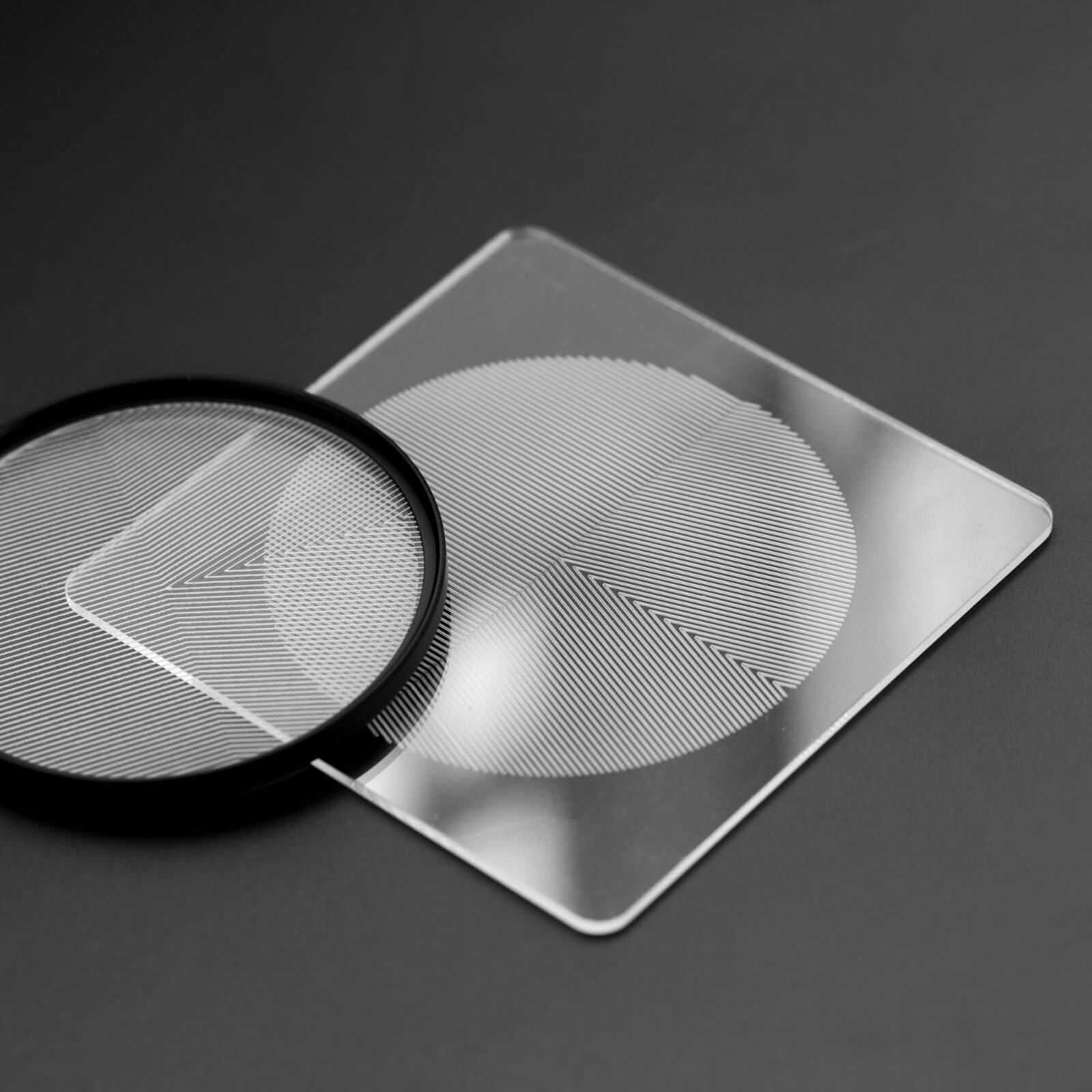 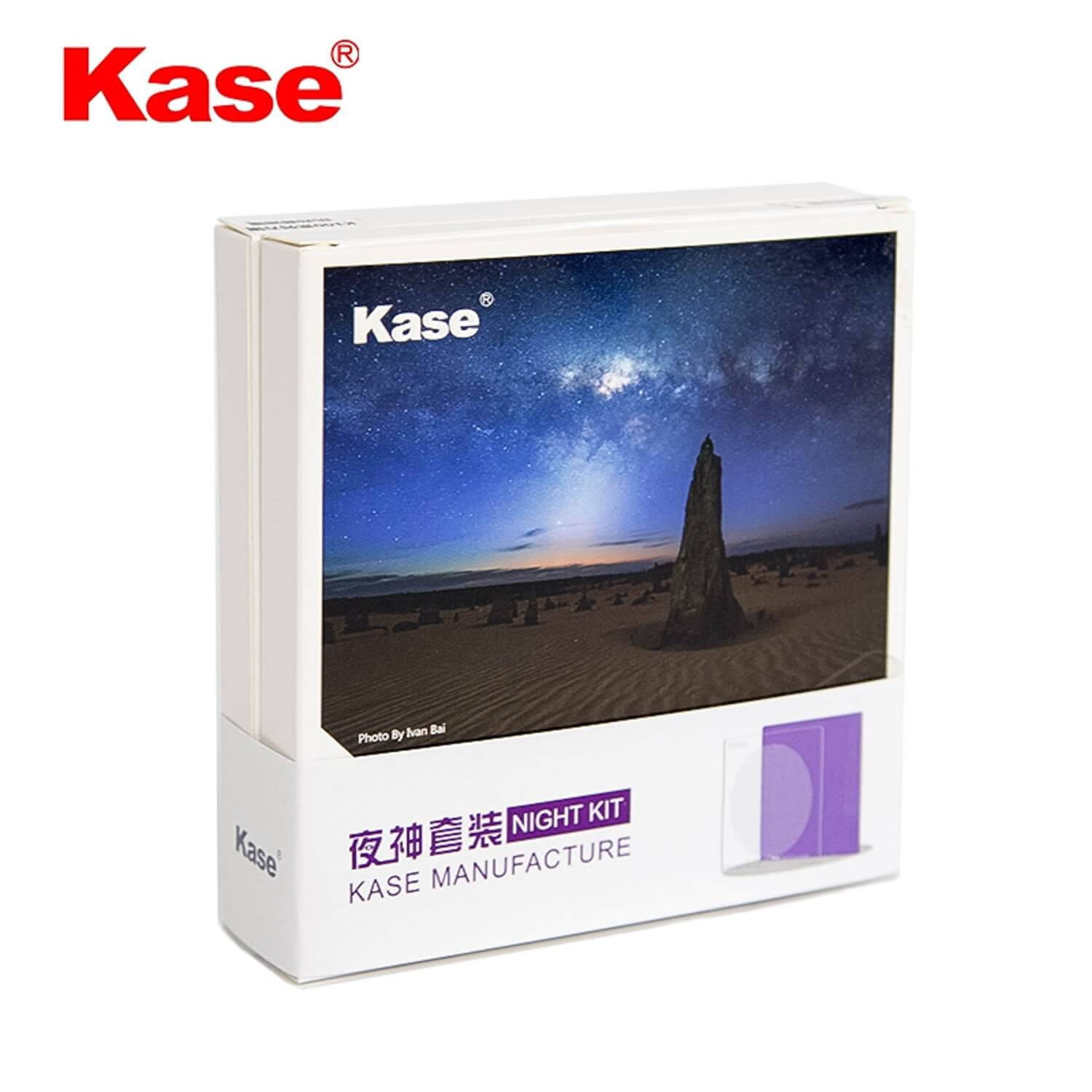 K100 Wolverine Neutral Night Astro Set 100x100mm
The Kase Wolverine Night Kit consists of the Kase K100 Wolverine Light Pollution Astro Filter (Neutral Light) and the K100 Precision Focus tool. Both are compatible with our 100mm filter holders for filters with 2mm thickness. The Kase K100 Wolverine Light Pollution Filter (Neutral Light) is a light pollution filter, which is used to reduce your influence of artificial light at night shots. As with all Kase filtering the Wolverine series to expect a high-quality Pro-glass filter that is shockproof and easy to clean.Reduces artificial light sizes. 100 x 100 mm glass thickness: 2 mm shockproof scratch reststantThe Kase Night Focus tool is designed to help you during manual focusing on light sources at night. This may, for example stars or artificial light sources. A series of thin lines that are etched into the glass surface, allowing you to focus a light spot. Quite simply Night Focus tool place in the filter holder, focus manually, refer Night Focus tool and if notwenig place the Kase K100 Wolverine Light Pollution Filter against "light pollution".
€219.90* 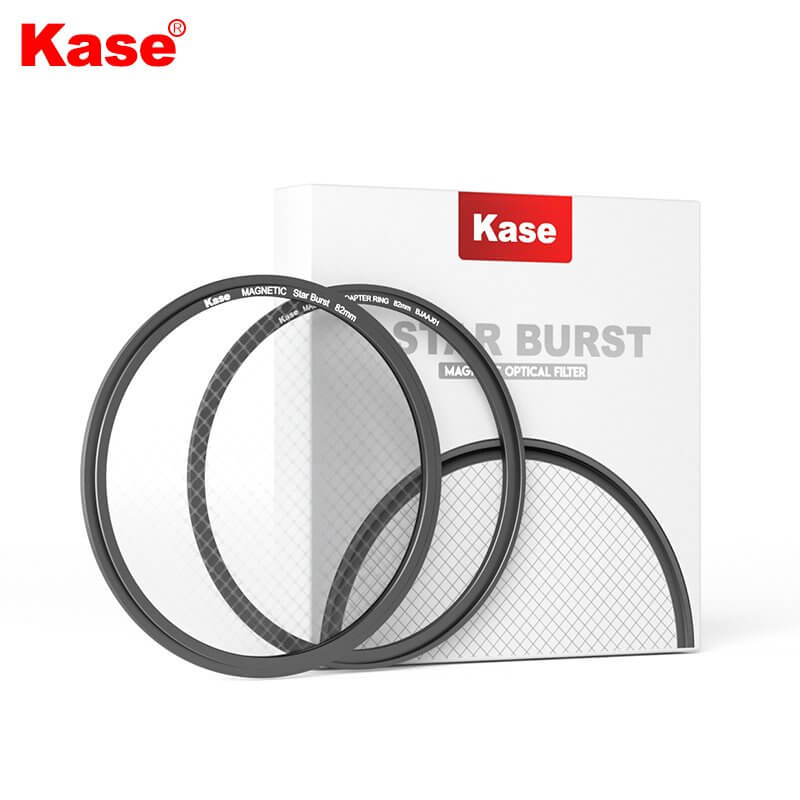